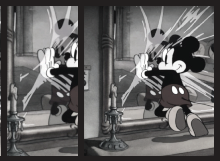 Much of modern philosophy is based around the confrontation between metaphor and literality. On the one hand, there are those who, to some extent following the early Ni­etzsche, see philosophy as essentially metaphorical despite any pretensions it might have to literality. On the other hand, there are those for whom philosophy is precisely that mode of thinking that aspires to a clarity and precision that requires literality, and from which, therefore, metaphor is to be excluded (or at least strictly controlled). The first approach is typical of much so-called ‘continental’ thought and the second of that which is usually referred to as ‘analytic’. Although there is some point to the dichotomy at work here, it also, inevitably, oversimplifies the understanding of metaphor and its relation to philosophy. In fact, metaphor presents a challenge for philosophical thinking that is not well-recognised by the usual analytic or continental readings. Taking Heidegger as a focus, and especially Heidegger’s own refusal of metaphor, this talk will explore the problematic character of metaphor as it is usually understood, as well as the pervasive role of metaphor in philo­sophical discourse (both analytic and continental); it will explore the special way in which the problem of metaphor emerges in relation to the topological character of philosophy, exploring, as well, the idea of a potential topology of metaphor with particular regard to the relation between metaphor and image; and it will argue for an account of metaphor that on the one hand reaffirms Heidegger’s refusal of metaphor at the same time as it also affirms a rethought understanding of metaphor – metaphor as indeed tied to the image – that is both topological and also essentially philosophical.

The Lecture will be held in English.Participation is strongly recommended to students of the Doctoral School in Philosophy and Human Sciences.Everyone interested is welcome to attend.