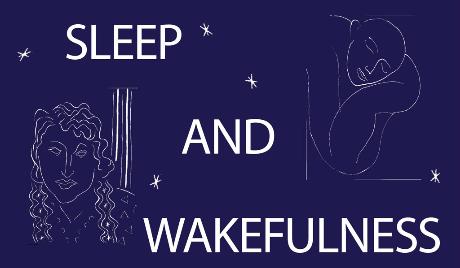 Sleep and Wakefulness. A dyadic Life

The dichotomy between Sleep and Wakefulness seems to be an unavoidable feature of human life. It has important implications on both human experience and biology. Our aim is to raise questions on Sleep and Wake in various research fields especially Analytic Philosophy, History of Philosophy and Science, Theoretical Philosophy and Neuroscience.

10-11: Keynote Lecture
Every animal species examined so far under the magnifying lens of neurophysiologists, has shown there to be a macro-behavioral switching between two states: wakefulness and sleep. Specifically, in the animal realm of eukaryota, within all species with a nervous system, this alternance depends on intrinsic mechanisms of the primary cells of that system: the neuron. Mircea Steriade and Sanchez Vivez among others, have characterized these mechanisms, describing how, from micro-scale to meso-scale, from molecules to cortical circuits, neurons change their firing patterns (the main behavior observable in neuronal cells). Connecting the sleep-wake cycle to lesion and pathophysiology, Marcello Massimini has focused his research on the consequences of these mechanisms in humans for the last decade

12.15-13: Michele Colombo – The presence of consciousness across multiple brain states can be indexed by the spectral exponent of spontaneous EEG

15-16: Keynote Lecture
Consciousness has been the centre of much philosophical concern in contemporary analytic philosophy. However, consciousness debate seemed to have focused on states occurring during wake, i.e. perceptions, cognitive states, affective states, conative states etc. assuming the right philosophical approach for studying consciousness is precisely these kinds of states. The majority of philosophers indeed tacitly assumes that all the relevant data for analyzing consciousness does not come to us when we are asleep. Indeed, compared to the attention that states of wakefulness have received in the literature, it is surprising how little attention has been devoted to states of sleep. Especially because sleep is an essential and indispensable phenomenon in our lives, and it can reveal a lot about consciousness. Furthermore, sleep (along with coma) is the only state in our life when our vital functions are intact, but nevertheless there is no conscious experience. For these reasons, studying what happens during sleep may disclose new aspects on what consciousness is supposed to be and do. Jennifer M. Windt is one of the few that undertook this pathway of research, focusing on the role of dreams in this framework.

• Epistemological, psychological, and metaphysical problems raised by the theories of sleep and wakefulness and the reception at different stages of history of philosophy
• Medical analysis of the processes of sleep, wakefulness, and dreams from a history of medicine perspective;
• Interdisciplinary approaches to the discussion connecting philosophy of nature and history of medicine
• Theological implications of such concepts in different philosophical traditions

9.15-10.30: Keynote Lecture
Sleep and wakefulness, alongside the closely related phenomena of dreams and divination through dreams, have since long been objects of analysis in the philosophical and in the medical tradition. Teachings by Plato and Aristotle on one hand, and by Hippocrates and Galen on the other, sparked a lasting epistemological, psychological, and medical debates. Various approaches to the analysis of such topics can be seen at different stages, i.e. Greek, Arabic, Medieval, Renaissance, Modern, of history of philosophy before the new Freudian interpretation of dreams.
We are interested in discussing the themes of sleep and wakefulness in these different philosophical traditions, together with the entailed issue of the mind-body problem, and whether the inquiry into their nature was carried out in a purely philosophical, medical or interdisciplinary way.
As well, we are interested in shedding light on how theological frameworks might have shaped the discussion of the truthfulness of knowledge attained by divination in dreams, vision, and prophecy. Furthermore, we are open to investigations of problems relative to the body-soul relation resulting from such epistemological and theological speculation.

12.30-13.15: Maria Vittoria Comacchi – Sleep as half death and vaticinii species: the theological implications of a physiological “state of mind” in Yehudah Abarbanel’s (Leone Ebreo) Dialoghi d’amore

15.00-16: Keynote Lecture
What differentiates the image perception that we have in dreams and the image perception that characterizes our awaken experience? Is it possible to give a description of the phenomenical differences between the two? To which other experiences the dream image could be approached?
For centuries, different cultures have dealt with the problem of identifying the point in which the “real world” reach its limits, constantly imagining what lies beyond it in the effort of mapping the domain of human action. Thus, the threshold that separates our world and the image world has been the subject of both theorization and mythopoiesis. Its permeability, the recognition that the real world can, in some cases, trespass in the image and that the image can trespass in the real world, has been recognized by different cultures. If once it seemed that only magic, contemplation, and transcendence could guarantee an active access to this other environment (not passive, not induced by dreams), on the contrary nowadays the state of technological development in image-making techniques has brought to humankind the capability of dismissing irrational approaches, guaranteeing a new kind of technically mediated presence in image environments. Virtual reality headsets and their correlated images production are children of a lengthy tradition that – at least – starts with the technical innovations of perspective drawing in the Italian Renaissance.

16.30-17.15: Angelica Stathopoulos – Sleep and wakefulness in relation to the ontological categories of passivity and activity

The Lectures will be held in English.Participation is strongly recommended to students of the Doctoral School in Philosophy and Human Sciences.Everyone interested is welcome to attend.