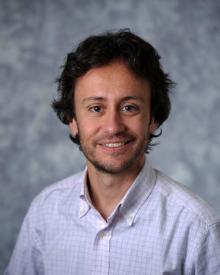 Seminar – Philosophy of language and logic

Francesco Berto (Department of Philosophy, University of St Andrews, and the Institute for Logic, Language and Computation (ILLC), University of Amsterdam)

A Topic-Sensitive Intentional Modal (TSIM) is a two-place, variably strict modal with an aboutness or topicality constraint, of the form ‘Xφψ’ (read: ‘Given φ, the agent X’s that ψ’, X being some mental state or act).

I present a basic formal semantics for TSIMs and explore three readings of ‘Xφψ’ one gets by imposing different constraints on their truth clauses:

(1) as expressing knowability relative to information (‘Given total information φ, one is in the position to know that ψ’), inspired by Dretske’s insight that what one can know depends on the available (empirical) information;

(3) as a hyperintensional belief revision operator (‘After (statically) revising by φ, one believes that ψ’), reducing the idealization of cognitive agents one finds in doxastic logics and standard AGM.

I close by mentioning developments of TSIM theory currently in progress.