21 settembre 2021: Randall Auxier: Peirce's Personalism: The World Is a Person 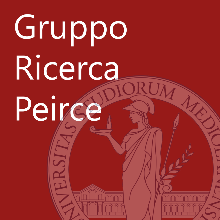 Cycle Philosophy as a Method of Thinking Practices. Phenomenology, Hermeneutics and Post-Structuralism in the Light of Pragmatism

Ciclo "Pragmatism and the philosophy of practices". A cura del Gruppo Ricerca Peirce.

Peirce's Personalism: The World Is a Person

Peirce famously said in "The Law of Mind" that "ideas are little persons." Peirce scholars are generally not familiar with the language of personalism that was commonly used among 19th century personal idealists. As a result, they have paid little attention to the obvious fact that the effort to frame a theory of the "self" in Peirce is misguided unless it is based upon a metaphysics of personalism. The "self" is a residuum of the person for Peirce, and the person is the active principle in the universe. The same may be said for Royce, Bowne, Davidson, and the rest of the Metaphysical Club. There is no need to search for a Peircean "anthropology," in the sense in which Kant used that term. This is not an empirical question but a question of idealistic metaphysics. The idea of "person" (not exclusively "human person," but "person" as a fundamental mode of existing in the universe that happens to include humans, usually), is the relevant idea. Whether this view makes Peirce scholars happy is irrelevant. It is in fact Peirce's view and if it is to be objected to or set aside, that requires an argument. I defend his position as being integral to his whole philosophical project.

The meeting will be held in English.