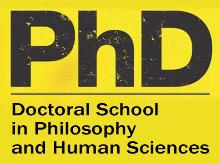 It's probably just me: Colour mentalism versus colour relationalism

I provide a partial defense of the colour mentalist thesis that colours are properties of colour perceptual states (narrowly construed). My focus is on a battle between different views about the nature of mind-dependent colours, namely between mentalism and relationalism. Relationalists take colours to depend not only on colour mental states, but also on the relevant extra-mental environmental factors (e.g. surface features of objects). My argument to prefer mentalism over relationalism has two parts. The first part focuses on traditional relationalism, dispositionalist views that define colour perception by reference to ‘normal’ perceivers and perceptual circumstances (e.g. x is blue iff x is experienced to be blue by a normal perceiver in a normal perceptual circumstance). Although this view has some advantages over mentalism, the latter is superior because it is more empirically adequate. The second part focuses on a more contemporary and radical relationalism designed to better accommodate recent data. The advantages traditional relationalism has over mentalism are unavailable to the radical relationalist – the latter’s improved empirical adequacy comes at a price. In addition, mentalism is explanatorily superior to radical relationalism, because mentalism identifies colours with what advocates of both views agree determines what colours are instantiated when. Do colours depend on me and the world around me (relationalism), or do they just depend on me (mentalism)? It’s probably just me.