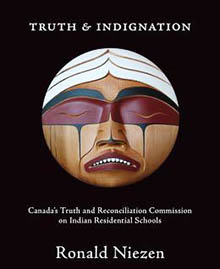 Liberation from the Past. Reflections on a Victim-Centred Truth and Reconciliation Commission

During the past twenty years or so, truth and reconciliation commissions (TRCs) have become a widely used as a way to overcome major international crimes committed by states toward their own citizens. Their goals are usually to better understand and come to terms with the past, with a focus on testimony provided by individual victims and perpetrators of harm, while supporting a new form of governance. This paper is based on a five- year ethnographic study of Canada’s current TRC on Indian residential schools, an assimilation-oriented system of education sponsored by the federal government and run by Churches over a period of more than a century. In this TRC, arriving at truth, achieving reconciliation, and above all creating a movement from truth to reconciliation are highly problematic. With a limited, victim-centred mandate, it shapes testimony through a preferred kind of narrative, producing an orthodoxy which then influences future testimony. Perpetrators are largely excluded by the mandate, leaving few means of achieving a sense of justice. Affirmation of the individual “survivors” who experienced harm is emphasized at the expense of a more complete understanding of the crimes and errors of the past. Under these circumstances, it is difficult to see current harms that are analogous to those of the schools or to reconcile those who see and experience the past differently.