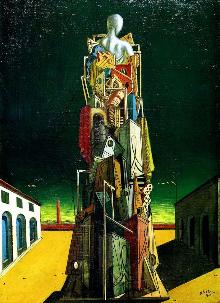 The Number of Things

How are objects (and processes) individuated and counted? This question raises important issues from contemporary debates often discussed under headings such as individuation, identity and indeterminism. The conference will address the question from multiple perspectives including metaphysics, the philosophy of science, and the philosophy of physics (and QM in particular), with the aim of creating a dialogue across these differing perspectives.

9:15 Michael Esfeld (University of Lausanne, Switzerland) Quantum physics and the metaphysics of objects

15:30 Johanna Seibt (Aarhus University, Denmark) Why 'one' and 'the same' is not one and the same

Massimiliano Carrara: Is “counting” counting by identity?
In (1996: 440) Ted Sider claims that “part of the meaning of “counting” is counting by identity”. Is it true? If it is true identity is involved in general in quantification and, in particular, it is presupposed in the deductive rules of universal quantification of first order logic (see Bueno 2014:329). Aim of the talk is to discuss these theses.

Elisa Paganini (Università Statale Milano, IT): Where to look for vague existence

John Pemberton (LSE, Oxford & Durham, UK): Acting, existence, indeterminism
In this presentation I shall review a wide range of entities we find in the world that folk and / or science take to be concrete things or processes. I will argue that, contrary to mainstream philosophical views, all such entities (except for the elementary ones) are the acting together of their parts. By this I mean that their parts in concert are bringing about mutual changing in such a way that the acting-together is surviving through time. Such surviving acting-together of parts is what these entities are at each stage. Acting is then, I argue, a principle of physical existence. Understanding existence in this way licenses a precise account of the forms of indeterminism associated with the physical beings that we find in our world.

Johanna Seibt (Aarhus University, Denmark): Why ‘one’ and ‘the same’ is not one and the same

​Early career researchers who are either on a PhD program or have been awarded their PhD since January 2019 are encouraged to submit an abstract if interested in being included in the conference program. Two early career speakers will be selected by double blind peer review of the abstracts. Abstracts of 500 words max should be anonymized and submitted via EasyChair by 30 April  2022: https://easychair.org/cfp/TNOT-2022.

This conference will be open to all and will be held in person.